Why I love knitting… 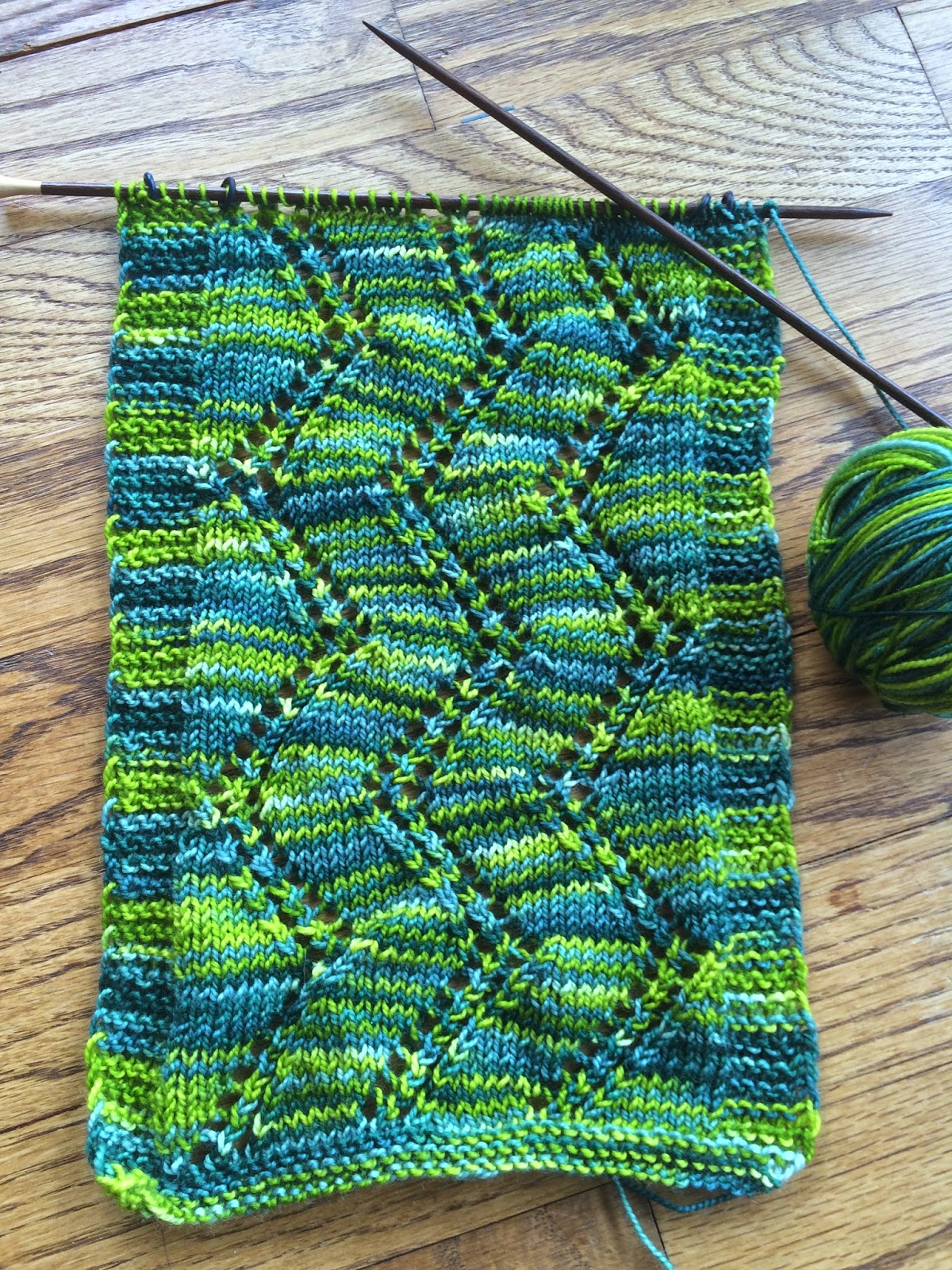 I’m pleased to report that my roll-prevention efforts seem to be paying off.  It’s still a bit early to call those six extra stitches a complete success, but I’m over eight inches into the scarf and nothing is curling in on the edges so far.  Hooray!

Look at all those pretty green zig-zags!  There’s something about a pattern repeat stacking on itself so nicely, that swells the heart, isn’t there?  Beautiful, precise, order. 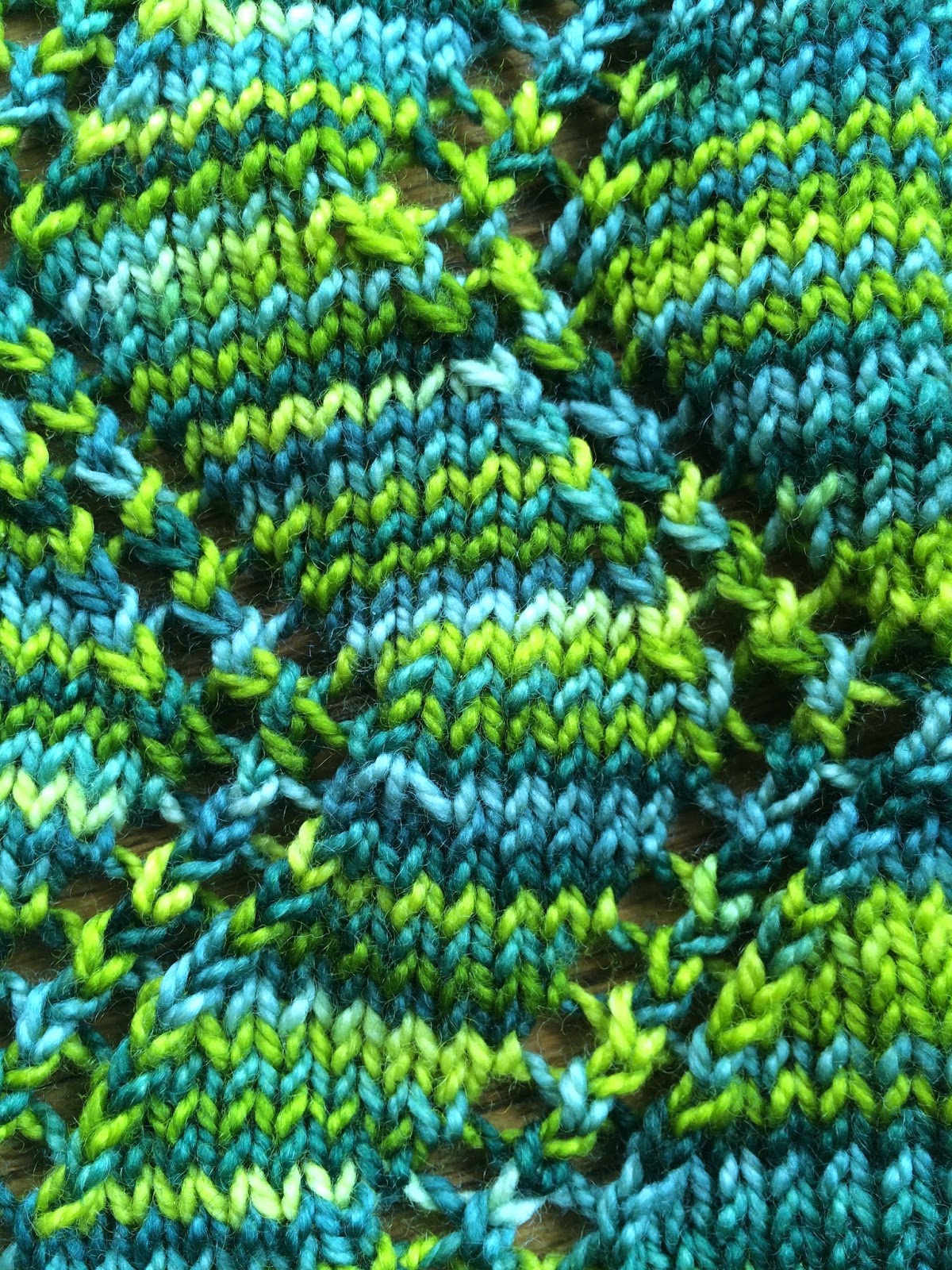 The creation of order in a chaotic world was one of the reasons I started knitting in the first place.  With small kids underfoot and the unpredictable nature of a writing career, I was hungry for things that gave me a sense of accomplishment and control.  When I knit something, it generally stays knit (unless I have to rip it out, but that’s another issue).  I can’t say that for an empty dishwasher, a clean counter, or even a well child.  None of that has changed, even though those little kids are now young adults—everything still feels as if it is in constant motion.  Knitting is my antidote to that non-stop shifting.  It establishes something that wasn’t there before, something that stays where I put it.

Have you ever tried to explain the deep satisfaction you feel when you look at your knitting? Especially to someone who isn’t a creative type?  It’s hard. The sense of “I made this, and it is beautiful,” even if it’s something as ordinary as a garter stitch dishcloth, defies explanation.  For me, knitting becomes visual time…it is effort you can see and feel, it is tactile and concrete.  Even my writing—which you can see 100 words as concretely as you can see 100 stitches—doesn’t give me the same deep sense of accomplishment.

It’s why I love knitting so much.  And I expect I have lots of company in that affection.

Just in case you missed it:  Authors Who Knit will shift to READERS Who Knit for 2015!  I’ve been telling my publisher (and anyone else who will listen) that readers are knitters and knitters are readers.  What better way to celebrate that marvelous symbiosis then by highlighting my readers who take to the yarn and needles?  Starting in February, I’ll feature 11 Allie fans and their knitting—one each month—and those featured readers will get a few special goodies as well as some kudos here on DestiKNITions.  Email me at allie [at] alliepleiter [dot] com if you want to submit to be featured.