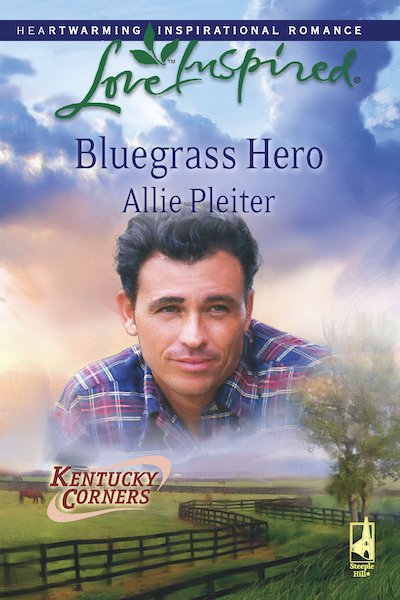 “How do you reckon anybody breathes in here?”

The drawling baritone from the front door of Emily Montague’s bath shop surprised her. She drew in a breath, a very pleasured, scent-filled breath, thank you very much, and looked up at the two men. Outside of Valentine’s Day or Mother’s Day, men rarely ventured into West of Paris with all its feminine decor and lavishly scented soaps. Certainly not at the end of January.

Sorrent’s companion nudged him as they shook the sleet off their jackets. The wet snow barely missed the oiled silk tablecloth on the table near the door. Emily had locked horns with Gil Sorrent enough times to be astounded that he’d even set foot in her shop. He was a big man with big ideas she didn’t always like.

Putting on her “customer voice”, the soft, smooth, How may I help you? voice, Emily approached the pair. They looked embarrassed even to be in the shop. The shorter one must be new-girlfriend gift shopping. Time to guide this man to a wise purchase, Emily thought to herself. With a little cooperation, she could make sure whoever the girl was didn’t end up with a horseman’s sorry idea of a feminine gift.

That was part of her role in life. Just last weekend at the Bluegrass Craft Expo, she had directed some misguided teenager away from purple turtle guest soaps for his grandmother and steered him toward a lovely sachet for her bureau drawer. Honestly. Purple turtle soaps for your grandmother. How did men come to such insane conclusions about the women they professed to love?

She smiled at the man. “Can I help you find something?”

Remarkably, it was Sorrent who replied. “I need a birthday present for my niece, and I ain’t got time to drive into Lexington.” His eyes scanned the room, and he tried to hide his wince. “She said ‘no gift cards,’ but I’m thinking that might just be the way to go.”

“Yeah, picking a gift in here ain’t gonna be easy for you, Gil. It’s not like you spend a whole lotta time with the concept of soap.” The wiry man flashed a goofy grin and elbowed him. Right into the stack of soap dishes. Two of which clattered to the floor and shattered.

“Ethan, you’re a big clumsy lout sometimes. That’s coming out of your paycheck right after I pay for ’em.” Sorrent crouched down and began picking up the shards.

Emily ducked behind the counter for a dustbin. “I’ve got a gift in mind, Mr. Sorrent. And no need to help with that I’ll take care of it after we get you set.”

“Nonsense, Ms. Montague,” he said, taking the dustbin from her. “I know enough to clean up my own messes. Or,” he continued, nodding to his companion, “the messes of the louts I’m dumb enough to bring along with me. Ethan, how about you go find yourself a cup of coffee somewhere? You ain’t worth a lick in here, and you’ll probably cost me more the longer you stay.”

Ethan didn’t need any further inducement, with a quick nod, he was out the door as if the store were on fire.

“I’ve been known to call Ethan a walking tornado, but I can’t really blame him when it was me who shattered your soap dishes, now can I?”

Although they’d come down on opposite sides at the last town hall meeting, he seemed to be making a genuine effort to be nice. Emily supposed she had to respect that. “He did nudge you,” she offered. “Rather hard.”

“Ethan’s been shoving me for years. I ought to be able to handle it better by now.” He scuffed a wet boot on the shop’s hardwood floor, looking all too much like the proverbial bull in the proverbial china shop. “How about I just make my niece happy and get out of your way before I break something else?”

“I’ll help you find a gift, have it wrapped and send you out the door in ten minutes,” Emily replied, an idea popping into her head. “I’ve got some bubble bath the high-school girls just moon over, and I’ll add a loofah mitt just to make her extra happy.”

“A what mitt?” He raised an eyebrow and followed her carefully to the counter, giving each display as wide a berth as he could manage given his large frame. Emily’s shop was intentionally cluttered with all kinds of charming and delicate things. Heaps of crisp linens, vintage tins and settings of white French Market furniture were carefully arranged to intrigue her customers.

Intrigue her female customers, that is. Emily doubted her current customer appreciated the atmosphere.

“Oh, never mind, just put the bubble bath and the other doodad in some teen-friendly basket thing and get me done. And don’t forget to charge me for those soap dishes, if that’s what they are, were.” He tossed a credit card on the counter and stuffed his hands into his jean pockets.

True to her word, as she always was, Emily had his bath basket ready, wrapped and tucked into her store’s signature yellow shopping bag in nine minutes. He looked as though it was eight minutes too long, so, on an impulse, Emily tucked two small bars of soap in brown burlap wrappers on top of the lavender tissue. “There’s something in there for you and your friend, just to show no hard feelings.”

“Something for me? And Ethan?” Now he looked downright suspicious. As if there’d be nothing within four miles of this store that he’d ever consider owning.

She’d been wondering all week what to do with those two extra bars of Lord Edmund’s Pirate Soap. A box of twelve, plus the two extra, had been a bonus from an unusual vendor when she bought the full line of their very good soaps. Blythe and Daniel Edmundson were a unique pair by any standards. Daniel was a mop-haired older man with an engaging smile, who loved talking to everyone about his soaps. Blythe, his wife and partner in the business, was a steady, peaceful woman who made you feel as if she’d known you for ages. They looked just like the kind of people who would make purple turtle soaps. She liked to support local artisans and products, even with the dramatic personalities that often came with it. But this Pirate Soap was a bit out of her league. She’d almost tossed the whole box before she’d calculated that the bonus soaps might bring her another fifty dollars in revenue. And every fifty dollars counted these days.

Gil was turning the corner off Ballad Road when he ran into “Mac” MacCarthy, his longtime friend. Mac ran a civil engineering firm, and together he and Gil had been trying to get some of Mac’s improvement ideas in front of the town council. Mac was a whiz at creative solutions on tight budgets, but he and Gil hadn’t had much success. Middleburg was far too fond of the way things were to give the concept of change, even change for good or change to keep things from falling apart, much of a hearing.

“What brings you into town?” Gil asked, shaking Mac’s hand.

“I could ask the same, can’t say I ever thought I’d find Gil Sorrent shopping in town.” Mac grinned and pointed at the yellow bag.

“Got a birthday thing for my niece this weekend,” Gil grunted, wishing he’d stored the bag in his truck before he went off looking for Ethan.

Undaunted, Mac leaned over to inspect the bag. “West of Paris? Isn’t that Emily Montague’s place? Shopping with the enemy, are we now?”

Gil couldn’t really blame Mac for his surprise. Emily Montague had annoyed Gil from the start, with her “don’t change this” and “don’t tear down that” mentality, keeping Middleburg stuck in the past just to lure more tourists. He’d gotten into more than one argument with her in the past year, the most recent one over the style of Middleburg’s streetlights. He rolled his eyes. “I didn’t have enough time to run to Lexington. And just because she has outdated ideas about capital improvements doesn’t mean she can’t figure out what’ll make a sixteen-year-old girl happy better’n I can.”

“Suddenly you’re Mr. Civility? You hated her choice of streetlight designs. You were the only ‘no’ vote on the extra appropriations to buy those ridiculous things. Word has it you stomped out after that meeting like she’d shot your dog or something.”

Gil tried to cross his arms over his chest, but the frilly yellow bag got in the way. “My dog could have picked a better use for that money. Each one of those lights was an extra four hundred dollars. Do you know how far that money would have gone on our street-resurfacing budget?”

Mac tapped a thick file he was holding. “As a matter of fact, I do. Got the figures right here. I’m on my way over to town hall to try, again, to get ’em on the agenda. Third time’s supposed to be the charm, right?”

“I hope so. Sometimes I reckon we’re the only sensible souls in this town. Everybody else is so busy being ‘quaint’ we’re in danger of being run down.”

“You don’t have to tell me.” Mac waved the file in the air. “Come on over town hall with me and tell ’em yourself. We’ll gang up on them or you can growl until they back down.”

“Very funny. I got stuff to do in town while the boys are still back up at the farm. And I got to go fetch Ethan back from the bakery before he cleans ’em out of sticky buns. Call me later and let me know how it turns out.”

“Call you in half and hour,” Mac said. “Enjoy your bath products in the meantime. Who knew you had a sensitive side?”

I should have driven into Lexington, Gil thought as he headed off down the street, still in possession of that fussy yellow shopping bag. Anything would be better than this.

“Yes, just hours after the concert.”

“Bless your heart. That kind of thing just doesn’t really happen in places like that, does it? Outside the orchestra hall?”

Emily was surprised at her rendition of the details. She rarely ever talked of her late husband’s demise. Most folks in town already knew, and it wasn’t the kind of thing that normally came up in conversation with strangers. Even when store chatter strayed over to the very sad tale of Ash Montague’s passing, she resisted giving the details. It was hard to watch people react to the story. Good folks balk at an actual murder, murder belongs on television and in spy movies.” 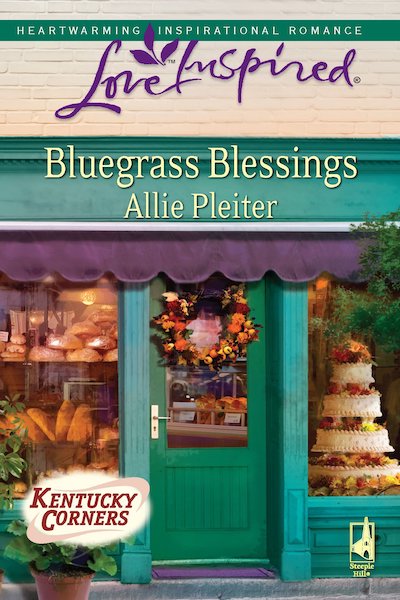 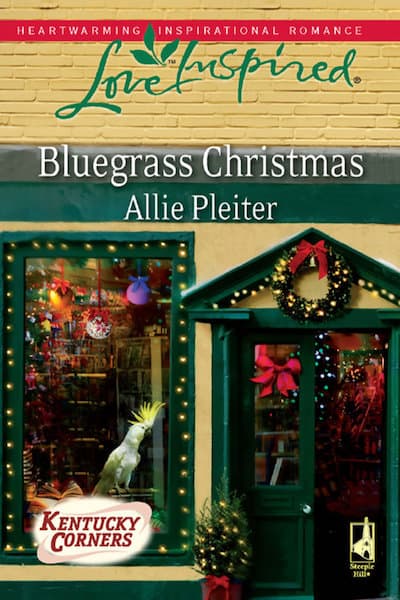 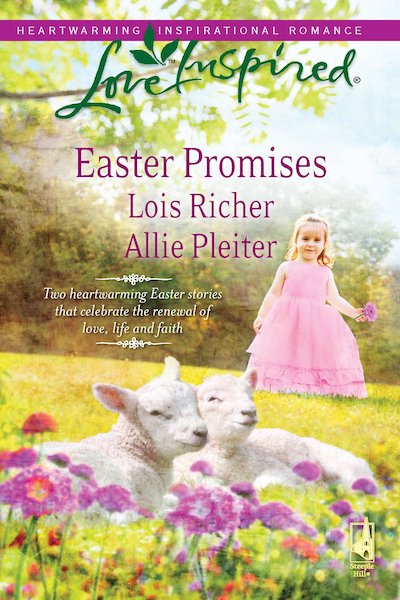