DestiKNITters, it’s your lucky day!  Today you get to meet a fellow author and my dear friend, Charlene Ann Baumbich! 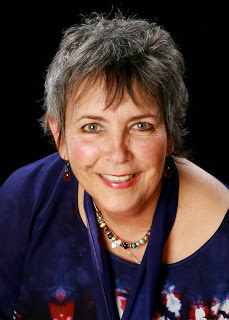 Tricky question, because the exciting project on my needles is one I can’t talk about. I’m currently helping Santa out and I have a few snoopy relatives. ☺  I can tell you it’s my first adventure with circular knitting needles. It’s also a project that’s been as much unraveled from my needles as worked on them.

Oh, I’m also crocheting Christmas gifts for two certain girls’ American Girl dolls. I switch to those projects when my hand movements and shoulders need a break. I find knitting much more stressful on my body than crochet. Go figure.

What feels like your favorite/greatest knitting accomplishment?
Back to that current project on my needles (okay, it’s a hat, but Sssssssh!), I learned how to do a stretchy cast on using two needles! We live in such a handy time: I Googled “stretchy knitting cast on” then watched one of the videos about a dozen times until I conquered it. (Rewind. Rewind. Rewind.) I’m feeling proud—even though last night I had to rip out three hours of my first work because I missed the very short opening instruction after the “cast on 100” that said, “rib 1X1 for 2.5 inches”. I’ve recovered nicely, though, and am nearly two inches into the next attempt. The good thing about starting in the wrong place is that I already know I can master the cable pattern when I get to it For Real this time, since I’d been working it before the Big Rip. ☺

UPDATE: I returned to this blog post draft for a tweak or two, boy OY! What’s happened since! Once again, I had to unravel another three hours of work! This time I’d somehow accidentally added a stitch (HUH?) and messed up the cable pattern. That’s what I get for feeling so proud. I am currently 2.5 inches into the redo, which means the ribbing I forgot the first time has now been done for the second time.

What feels like the worst knitting mistake/foible/wrong choice you’ve ever made?
I’m 68 now, and I was 19 when I suffered the foible attack. Yes, some memories die hard.

I was pretty broke at the time, so I decided to make gifts for my favorite people. I bought knitting needles, a bag of yarn and a pattern (assembled as a kit), plus two other bags of yarn with free patterns. I took a free knitting class, since I didn’t know how. (Do you see the wind-up for failure here?) But the most “special” of the three gifts would be the cable knit sweater for my beloved dad.

Well, I learned how to knit alright, but I didn’t get the sweater done in time for the holiday. Mostly because I set the project aside “for awhile” to crochet my mom’s sweater, which turned out to be more time consuming than I’d imagined. (I already knew how to crochet.) Christmas morning my mom received a lovely sweater; I handed Dad one-and-a-half front sweater panels and the rest of a bag of yarn, which, after the festivities, I retrieved to finish. Before his death in 1998, with a twinkle in his eye, he still occasionally asked if I thought I’d ever finish that sweater I’d started him decades previous. I lost the still unfinished project in the great flood of 1972. The End.

As for that other bag of yarn gift? That project never even got started. I think I finally gave the yarn away.

Straight or circular needles?
Before I started my current project, I’d have said straight. But I have to admit, I dig no seams and am less afraid of dropping a stitch on the circulars. Not sure why that is …  Do keep in mind, however, I’m fully capable of accidentally adding a stitch on them. Grrr. Also, I am NOT looking forward to when I have to switch to four needles during the decreases for the top of the hat. (The down side of no seams.) I’ve tried working four needles twice previous. All I produced was dropped stitches and gnashing teeth. I hope I have more success this time.

Metal or wood needles?
Before my current project, I would have said metal, but I’m loving the feel of unbleached bamboo. Although I kind of miss the clacking sound of the metal needles, there’s something satisfying about the bamboo.

As for crochet hooks, I’d say metal, although I recently purchased a bamboo size F crochet hook for an American Girl project and found it worked fine.

White chocolate, milk chocolate, or dark chocolate?
I’m not a big chocolate fan. Given a choice and made to eat a few pieces, though, I’d choose dark. I’m more of a Twizzler and/or caramel person, although to be honest, I’d choose chips and dips over any sweets.

Coffee or tea?
Tea. Absolutely tea. And then more tea. Not tea in a bottle, which isn’t tea. Not instant. Gimme fresh brewed tea. I don’t care about the caffeine element. I brew as much decaf as anything and make my own iced tea. I love experimenting with different flavor combinations.

Have you written a knitting character?
Not an exclusive knitting character, but a gung-ho and very creative and clever crafter, whose projects include knitting. In fact, Jessica Joy has nearly melted herself over-extending her crafting obligations. She’s a very dear young mom, a main character in my Dearest Dorothy series.

What’s the last thing anyone would suspect about your most recent book? 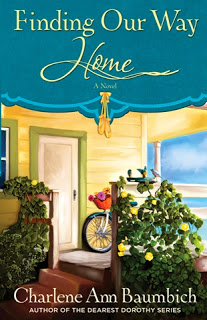 How many months I spent asking, begging and pleading with Sasha, my main character who showed up in my mind’s eye, to please go away, out of my head. What did I know about ballet? Especially what it would be like for a renowned ballerina to suffer a career ending injury? But she absolutely insisted I explore her story, pestered me until I put my hands to the keyboard. Much to my surprise, a couple pages in, a second character, one who hadn’t been “talking” at all, showed up and the story quickly became about their amazing friendship.


Give a shout out to your favorite local yarn store:
Yarnology

http://www.yarnologymn.com/
Their FB posts are really fun, as is their newsletter https://www.facebook.com/pages/Yarnology/160087154026630

If you want to learn more about Charlene and her books, visit her website.
Share
Categories: Knitting
Tags: authors who knitCharlene Ann BaumbichFinding Our Way Homeknitting