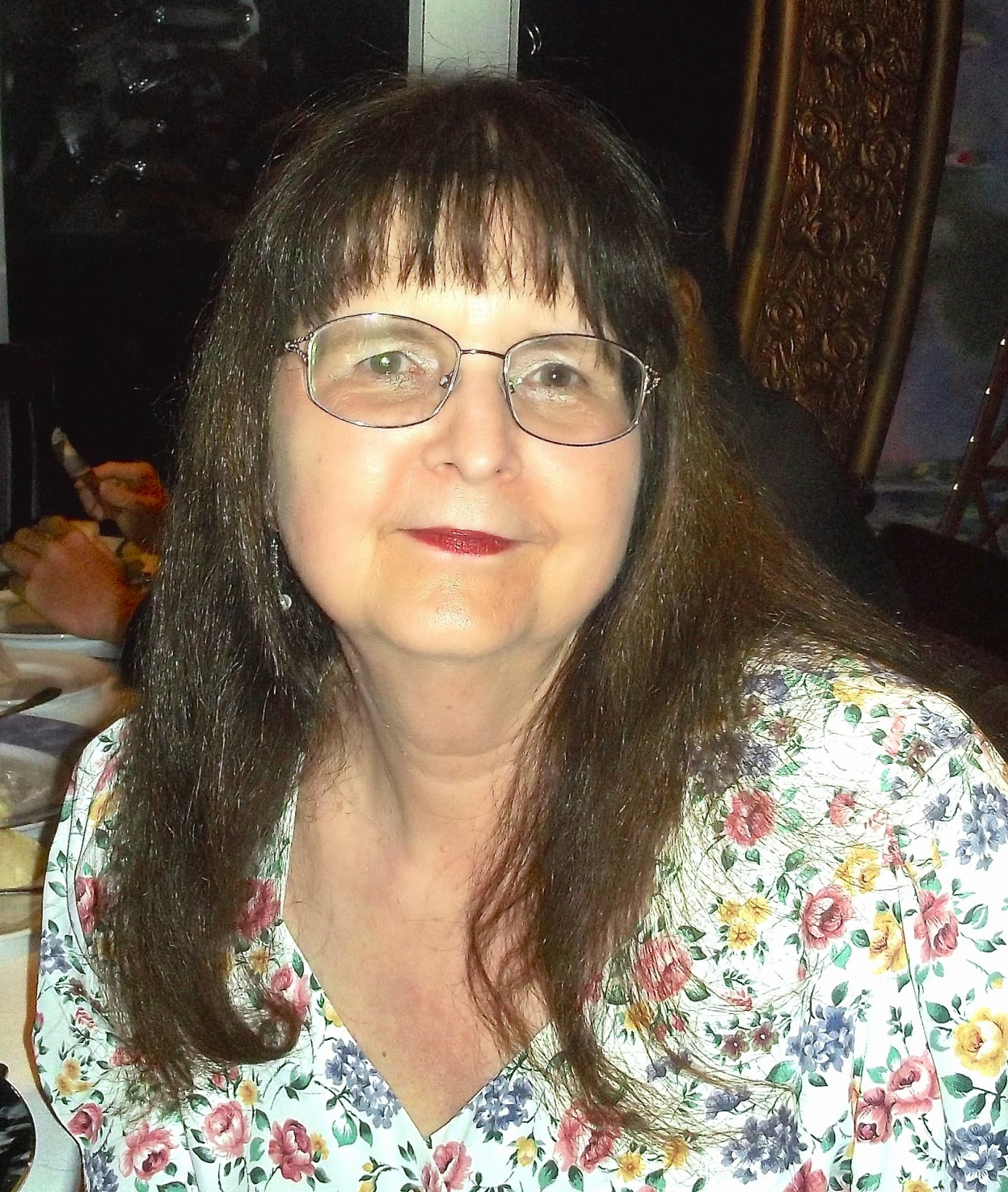 Sherry, What’s on your needles right now?
I’m knitting a prayer shawl for the hospital. [DestiKNITters, Sherry tells me she has logged over 12,000 hours making prayer shawls and baby hats for a local hospital–that’s some impressive charity knitting!]

What feels like your favorite/greatest knitting accomplishment?
My
son’s baby afghan…I had to count each stitch and row but it was
beautiful when it was done.

What feels like the worst knitting mistake/foible/wrong choice you’ve
ever made?

Some yarn I bought that was beautiful but kept tangling and
knotting when I tried to knit with it.  I had to throw it away.

Both.  My smaller needles are metal and my larger ones are wood.

The Fireman’s Homecoming and
Falling for the Fireman 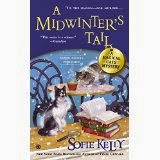 What are you reading now?

A Midwinter’s Tail: A Magical Cats Mystery by Sofie Kelly

Do you have a favorite knitting character from a book, movie, or
television show?
The TGIF (Thank Goodness
Its Fiber) group from Molly MacRae’s Haunted Yarn Mysteries

Give a shout out to your favorite local yarn store:

We don’t have one anywhere close, but I love STITCHES MIDWEST each year in Schaumburg, Illinois. I believe that is where I
first met Allie. 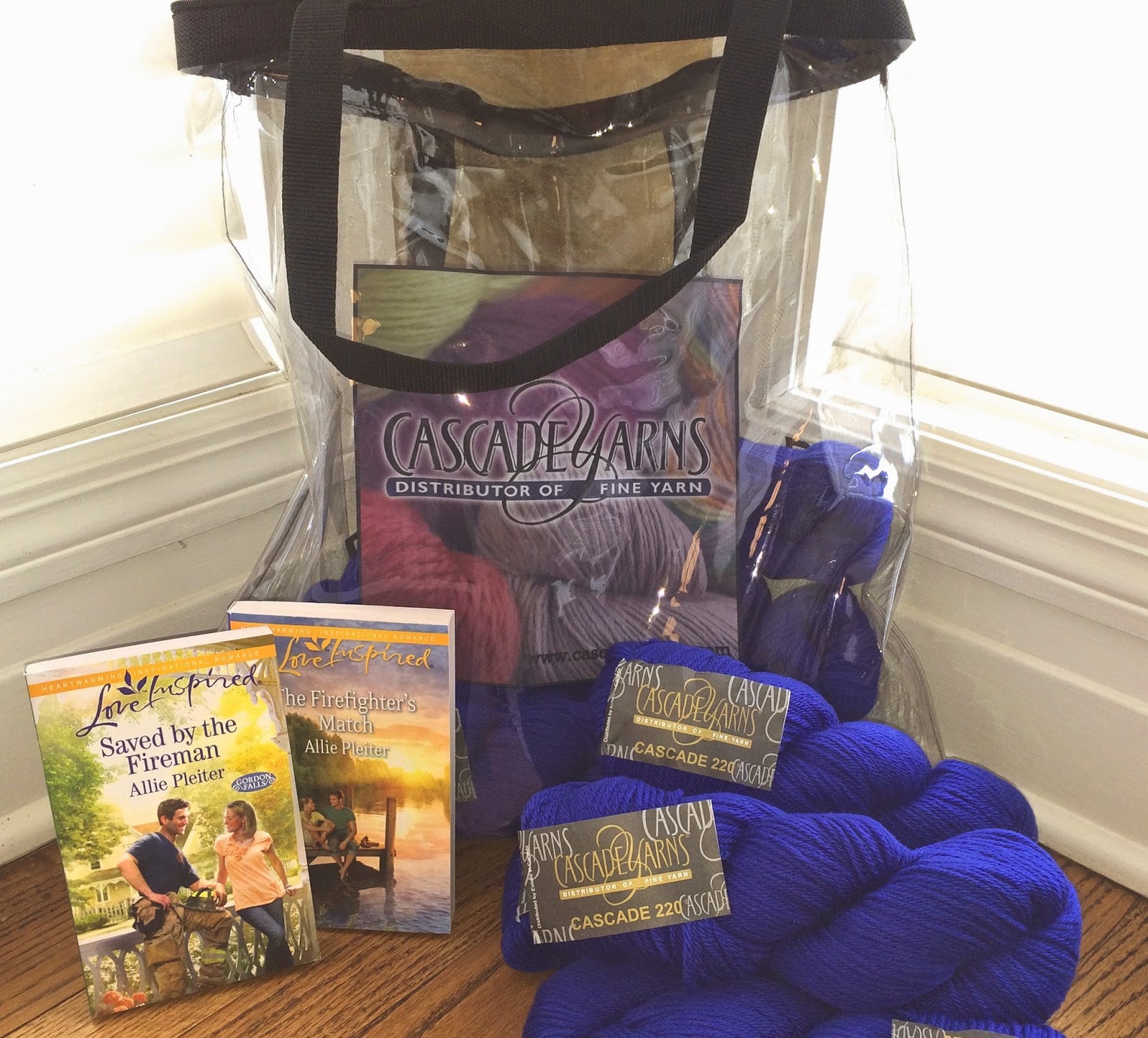 Sherry gets some lovely prizes for being a DestiKNITions featured reader!  First, she gets some Allie books: Sherry chose The Firefighter’s Match for herself and Saved by the Fireman for her friend.  Thanks to the lovely folks at Cascade Yarns, Sherry also gets ten hanks of Cascade 220–she chose Stratosphere Blue–and a nifty tote bag to hold all those goodies!

If you’d like to be a featured reader, send an inquiry email to me at allie [at] alliepleiter [dot] com.
Share
Categories: Knitting
Tags: allie pleiterbooksCascade yarnHaunted Yarn Mysteriesknittingreadersreading